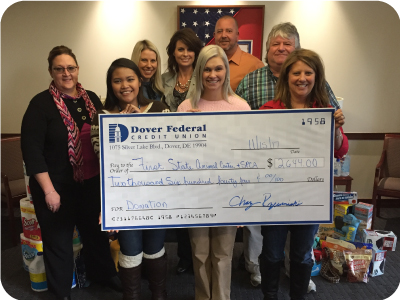 Identity theft is one of the fastest growing crimes in the United States of America. As a matter of fact, Delaware is one of the highest reported states in identity theft complaints per capita. With identity theft and consumer fraud becoming an epidemic in our communities, community minded companies, such as Dover Federal Credit Union are organizing shred events.

On Saturday May 12, 2018, Dover Federal Credit Union is hosting a shred event from 9:00 a.m. until 12 p.m., at their 255 N. DuPont Highway Branch, Dover, DE. The shred fest is open to the public, and allows you to bring up to five boxes to shred on site.  Guests are encouraged to stop into the branch during SHRED FEST 2018, and learn more about what programs DFCU has available to help consumers reduce debt and increase savings.

Give your Money Purpose with a Budget that Fits You

This is a great credit union. The employees are friendly and do their job well. The rates are great and the fees are low. I will never use a regular bank again!